Our Stag Party Olympics package is designed for all our guests who love a bit of a challenge, each team is paired into two groups and get to take on the opponents  in a 4 challenge course which includes:  Twister,  Giant Jenga,  Connect 4  and Beer Pong.  Each team will participate against one and other to win the bar Olympics trophy and a complimentary free shot.

Twister is a game of physical skill, produced by Milton Bradley Company and Winning Moves, that has been inducted into the American National Toy Hall of Fame. It is played on a large plastic mat that is spread on the floor or ground. The mat has six rows of large colored circles on it with a different color in each row: red, yellow, green, and blue.

Jenga is played with 54 large wooden blocks. Each block is three times longer than its width, and one fifth as  Blocks have small, random variations from these dimensions so as to create imperfections in the stacking process and provide additional challenge to the game. Once the tower is built, the person who built the tower gets the first move. Moving in Jenga consists of taking one and only one block from any level (except the one below the incomplete top level) of the tower, and placing it on the topmost level to complete it.

The first player begins by dropping one of his/her discs into the center column of the game board. The two players then alternate turns dropping one of their discs at a time into an unfilled column until one player achieves four in a row — either horizontally, vertically or diagonally; the player that does so wins the game. However, if the game board fills up before either player achieves four in a row, then the game is a draw.

Beer pong, also known as Beirut, is a drinking game in which players throw a ping pong ball across a table with the intent of landing the ball in a cup of beer on the other end. The game typically consists of opposing teams of two or more players per side with 6 or 10 cups set up in a triangle formation on each side. Each team then takes turns attempting to shoot ping pong balls into the opponent’s cups. If a ball lands in a cup (known as a ‘make’), the contents of that cup are consumed by the other team and the cup is removed from the table. The first team to eliminate all of the opponent’s cups is the winner. 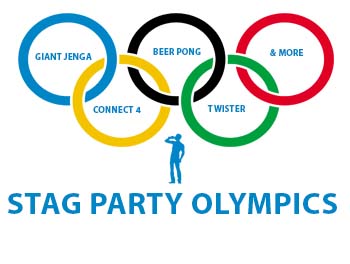